Most of the tyro programmers are every time wants to impress their leads/superiors, also want to show-up their code practices among their teammates, they use few terminologies to explain about their codes, tells they wrote a generic code and some of the dev's tells they have did a code and it is kinda libraries, frameworks and reusable components etc...  but they are not sure about those terminologies.

In reality, the code which they have written is really a good and consider to be copy and paste into the other projects, and reuse those in other projects, by sure it reduce efforts.  But it is not a library or frameworks.

Then what is Library and Framework?  Both smells like a same nuts, but it is not right?  It is a nut but the shells were different. 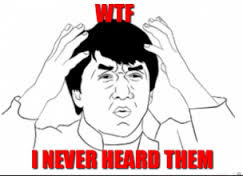 The key difference between a library and a framework is "Inversion of Control". When you call a method from a library, you are in control. But with a framework, the control is inverted: the framework calls you.

Library:
A library is just a collection of class definitions. The reason behind is simply code reuse, i.e. get the code that has already been written by other developers. The classes and methods normally define specific operations in a domain specific area. For example, there are some libraries of mathematics which can let developer just call the function without redo the implementation of how an algorithm works.

Framework:
In framework, all the control flow is already there, and there's a bunch of predefined white spots that you should fill out with your code. A framework is normally more complex. It defines a skeleton where the application defines its own features to fill out the skeleton. In this way, your code will be called by the framework when appropriately. The benefit is that developers do not need to worry about if a design is good or not, but just about implementing domain specific functions.

Posted by Rajendhiran Easu at 02:46