We can pass MyInterface as an anonymous object

Also, in Kotlin if your last parameter is functional interface you can move your lambda out the brackets ()

Now you can realize that setOnClickListener { } is just because this method takes functional interface which is OnClickListener as a parameter.
Eg: Let’s see with the use case to get the Students Grade of different class levels.
Output:

Posted by Rajendhiran Easu at 02:18 No comments:

Passing function as a param to collection filter

It's actually simpler to provide a lambda directly, There's other option that's worth covering, too, which is a function / lambda reference.  If you already had a function that would do the job, you don't need to put it in a lambda, but can refer to it directly, through function or its reference using the :: notation. this will works only if the parameter type(s) are compatible, but it's slightly simpler and can generate slightly more efficient bytecode.

Happy Coding :-)
Posted by Rajendhiran Easu at 06:36 No comments:


Output:
In the above example here we are using the listOfNotNull method which implicitly handles the null check and ignore the same, then we are easy to concatenate the data using joinToString(...) method.
Posted by Rajendhiran Easu at 22:47 No comments:

Value class adds attribute to a value and constraint it’s usage. This class is nothing but a wrapper around a value, but the Kotlin compiler makes sure there is no overhead due to wrapping.
Classes in Kotlin solve two problems:
Primitive: ❌
Primitive types like Int, Boolean, String or Double also enforce type-safety (you can’t just pass a String where a Boolean is expected), but they don’t really convey a meaning (other than an object being a number of a certain format, for example).
A Double could be pretty much anything: a temperature in degrees Celsius, a weight in kilograms, or your screen’s brightness level in percent. All we know is that we’re dealing with a floating-point number with double precision (64 bits), but it doesn’t tell us what this number represents. For that reason, the semantic type-safety is lost.
Assume below example, there is a function we are about to pass two String param (username and password).


see to the above function we are able to pass the param like this and which is wrong doesn't care at the compiler level. (even we have named params both accepts the String), Hence here primitives fails.

This programming error cannot be detected at compile-time and will most likely lead to unexpected behavior. 💥
There are different approaches to solving the two problems mentioned above. We could just wrap a primitive type in a class, but that comes with a lot of overhead. So let’s see how we can tackle these problems above with
Data classes: Instantiating data classes is expensive. Primitive values can be written to the stack which is fast and efficient. Instances of data classes are written to the heap, which takes more time and memory.


with the above implementation is able to achieve but it is too costly process, comparatively if primitive took 2.x milliseconds means, it will take 8.x milliseconds for the single process.  Hence it is not advisable to do 😈
Type aliases: From the below Example, String & Username and Password are synonyms.
Whenever the compiler sees Username/Password, it basically replaces it with String and moves on.
typealias Username = String
typealias Password = String
Since our new Username/Password type alias is now equal to String, hence it works as same as primitvies which we have seen above, it also receives the same optimization treatment as Primitive but loses the typesafety. 😜
Value classes: It looks pretty similar to data classes. The signature looks exactly the same, except that instead of data class the keyword is value class, also there should be @JvmInline annotation to that class due to the Valhalla JVM release in future (currently JVM supports value class on the built in primitive types).  Important thing is the value class accepts only one constructor param.
Since this value class acts as a wrapper to that variable, it also receives the same optimization treatment as Primitive which we can see it on the below screenshot on the highlighted section of the Kotlin byte code where as uname is referred it as Username class type, but pwd is referred as String value type, because it is defined with a value class 😎

Side Note:
Since Kotlin 1.2.xx, we have inline classes, the old name for the value class. Since the class is not actually inlined in comparison to the inline function, it has been renamed to value class and the inline keyword is deprecated from Kotlin 1.5
Happy Coding :-)
Posted by Rajendhiran Easu at 05:42 No comments:

Get context in Jetpack Compose

In Android Compose, you can get the context by using the LocalContext, but it should be call'd from the composable function / scope.


In the below code snippet we are retrieving the context and show a toast message inside the composable.


If you use the LocalContext.current directly inside the clickable function results in the compilation error “@composable invocations can only happen from the context of an @composable function”. 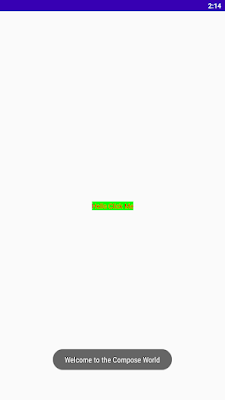 Happy Coding :-)
Posted by Rajendhiran Easu at 12:10 No comments:

Android FAB Action to appear across the Application

Recently we got a requirement to an existing product and which have some legacy implementation too. Here the requirement to have a FAB (Chat Bot) action to be available on all the application screens (Activity).

1. Adding FAB to all the activity is a very tedious process, even creating a common layout and add using <include> in all layout also not that simple task. 😟 (Bad Practice too)

2. Will create a simple FAB Action class and planned to initialize it in all the activity class, since it is also a required some more efforts to update the initialization code in all the activity classes. (This implementation will reduces the effort but not fully, It helps to update on our Common BaseActivity and few other independent Activities by doing the initialization)  😌

3. Finally Achieved!..  Implemented through Application class and ActivityLifecycleCallbacks, which made the implementation easier to work seamlessly across the application. 😎


Activity
Later as per the #3, we found an other option instead of initializing the FabButton.init(this) to all the activities, implementing the below things resolved the issue without doing a larger code change.
P.S:  The application class has to override all the interface method of the ActivityLifecycleCallbacks, so as per the standard it would be good to handle by creating a separate handler class and register the same on application class.   For the simple and understanding purpose, I have override all the methods of lifecycle callbacks in application class itself.
Happy Coding :-) 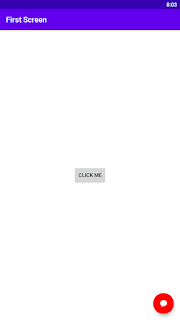 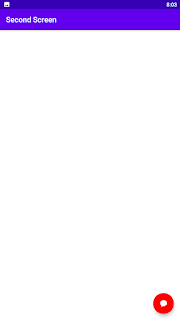 Posted by Rajendhiran Easu at 05:33 No comments: