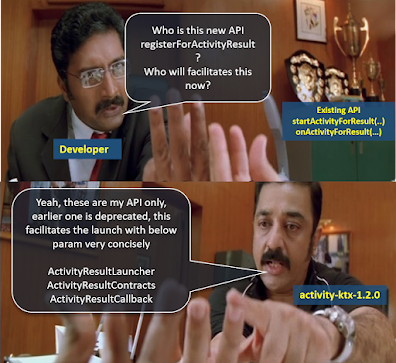 As a very fundamentals that we Android developer has learned, and it shows the way for communicating between two components. The provided startActivityForResult(..), onActivityForResut(..) was simple enough to implement for many years, but now we are hard to accept the change, it would be the evolution of language and its features which really helps to do the code in concise way.  So, as per this we see some pitfalls on the earlier approach like
Earlier Approach:

In the above approach we are creating our explicit launcher which gets data on the resultant callbacks, so this way it would be easy to define our multiple launcher and those are handled independently.  Here the same approach can be used on the Fragment as well.
Implicit Calls: The implicit calls which invoke the system contracts such as take a Picture from camera gallery, accessing contacts, etc.  Please refer the below link for all available ActivityResultContracts 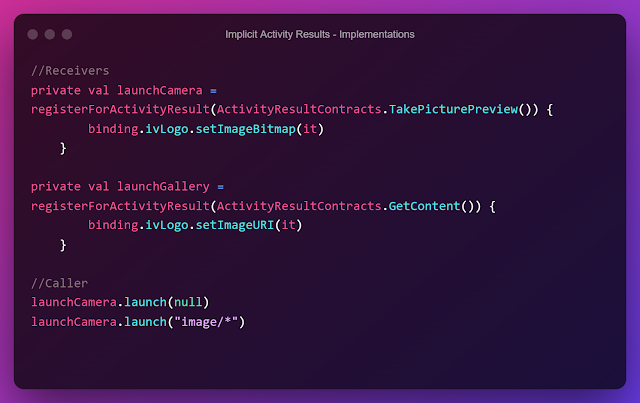 Conclusion:  The approach towards registerForActivityResult is really clean & concise, IMO below are the pros
Code Reference: Gist
Posted by Rajendhiran Easu at 02:27